There are two Mars analog research stations that exist in the world today both of which are operated by the Mars Society: the Flashline Mars Arctic Research Station (FMARS) on Devon Island, Canada and the Mars Desert Research Station (MDRS) in Utah. Two additional stations are to be built in Europe (Euro MARS) and in Australia (MARZ-Oz). The primary purpose of these research stations is to develop field tactics in Mars-like extreme environments simulating missions on the surface of Mars. FMARS was constructed in 2000 on Devon Island, Canada. Devon island forms a part of the Queen Elizabeth Islands group between Baffin Bay and the Arctic Ocean. Its location near the 23 million year old Haughton impact crater on Haynes Ridge was chosen for its remoteness, Mars-like extreme conditions, geologic conditions and terrain similar to those found on Mars. It has daytime temperatures similar to a summer day on Mars. Typically, FMARS is operated during the summer months and seven crews have occupied FMARS since 2000. 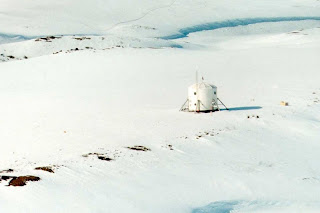 The MDRS is situated in the San Rafael Swell of Utah on an ancient desert flood plain about 7 miles from Hanksville. Construction was completed in 2002 and it became the second Mars Analog Research Station (MARS) operated and maintained by The Mars Society. Although much warmer than Mars, the desert location is optimal because of its Mars-like terrain, appearance and geology. The environment is as arid as on Mars and has similar severe weather conditions including dust storms, odd weather patterns and very pervasive dust. Additionally, because of its ease of access, MDRS has become the ideal place to serve as a test bed for equipment that will be sent to more remote and unforgivable locations. For instance, it is much easier to test a Mars Rover in Utah than send it to Devon Island. The MDRS research season extends from November to April with crews of six each with missions of two weeks in length. The MDRS complex consists of the Habitat, more commonly called "The Hab", the GreenHab and the Musk Observatory. 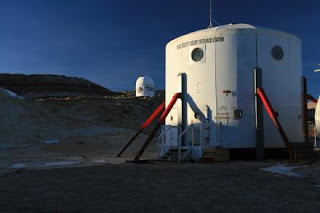 While the FMARS and the MDRS locations were selected for their physical similarities to Mars, the EuroMARS site in Krafla, Iceland was selected and located in a volcanic rift in North-East Iceland which bears a strong resemblance to volcanic regions on Mars. The Krafla region has extensive rifts and fumaroles which are home to anaerobic (non-oxygen breathing) microbes, and since any life on Mars will also be anaerobic (the atmosphere of Mars is predominantly CO2) developing techniques and field procedures for identifying, collecting and studying these microbes will be extremely useful during the first manned missions to Mars. 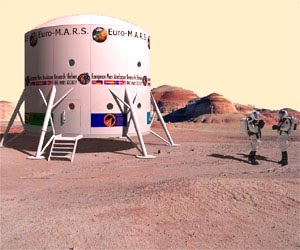 The fourth Mars Analog Research Station: the MARZ-Oz is planned to be located on the Arkaroola lease, a large private nature preserve. Arkaroola is eight hours by road North of Adelaide. The focus at MARS-Oz will be the study of fossils. The MARZ-Oz complex will consist of a Hab, a Cargo Vehicle and a Mars Transfer Vehicle (MTV). Currently, the Mars Society of Australia is raising funds to begin constructions of the MARS-Oz. 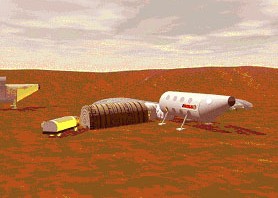 Posted by Laksen Sirimanne at 11:40 PM

Oh, no! You beat me to it. I have a similar post I was working on for Spacepirations but haven't finished yet due to work and training... I may still publish it in a modified form, maybe with some other details.

Dear Amnon,
You should go ahead and publish perhaps with more detail. The more we can get the word out the better it is for the MARS Program and the Mars Society. If you get a chance you should try and go on a mission. I am on next and leave for Utah tomorrow.
Laksen

OK, finally finished my post... http://spacepirations.blogspot.com/2010/01/mars-on-earth.html
I decided to take a slightly different angle and look at it from the perspective of the broad picture of challenges on the way to planet Mars as a reasoning for Mars simulation on Earth.
Good luck with MDRS-88!